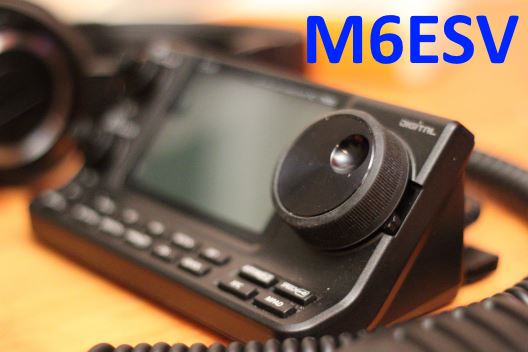 This is where I have had another interesting journey as there are a number of different sites and ways of updating. Personally I can't see why somebody would choose "not" to use any of these but I have found a number of people who refuse to use any electronc QSL method (often their QRZ.com page will state only direct QSL or only through QSL manager).

This attitude appears to be more common in certain countries/DX zones than others. In Cuba for example, I have 6 logged contacts with different Cuban stations and have to-date received NO confirmation on eQSL.cc, LOTW or QRZ.com. In direct contrast to this situation, their neighbours (the USA) are the best at confirming (165 logged contacts with 94 confirmed on eQSL.cc and 126 on LOTW)

The current sites that provide some type of electronic confirmation (that I am aware of) are:

LOTW http://lots.arrl.org This is considered by many to be the "main" means of electronic QSL confirmation. It has what can only be described as an "interesting" user interface and users (especially non-US) are made to jump through quite a few hoops before you become confirmed. For me this involved posting a copy of my license together with a copy of my passport to ARRL. Once this is done, they generate a secure certificate for you to use when submitting logs.

eQSLcc http://eqsl.cc Many people consider eqsl.cc to be somehow inferior to LOTW. I have seen comments like "eqsl.cc awards are not worth the paper they are written on" and other similar sentiments. I personally find their interface is far easier to use than LOTW and they perform verification (Authenticity Guaranteed) but you are allowed to submit documents electronically so this happens straight-away. I would like to see some sort of link between eQSL.cc and LOTW but there seems to be considerable resistence from ARRL as they claim that the eQSL verification process isn't strict enough. Lets face it, we aren't talking about financial data or government secrets here, just a log of who you have communicated with!

QRZ.com http://www.qrz.com Is a bit of a "hybrid" site really, part online logbook, part electronic QSL. It seems to have become the go-to place for users to create an about-me page but does offer an online logbook system, comprehensive awards, DX cluster, Forums and much more but people rarely see past the about me page. You can confirm contacts directly on QRZ.com and it will synchronise with LOTW (although you need to upload your LOTW certificate which could be considered unsafe (do I need to mention that this doesn't expose any confidential data though?) There is no integration with eQSL.cc which I find a bit strange.

HRDLOG http://www/hrdlog.net This is mainly for users of the excellent Ham Radio Deluxe software and it provides a backup for your logbook together with syncronising with LOTW AND eQSL.cc. Again you need to upload your LOTW certificate. HRDLOG contains some interesting features including suggested QSO's and a handy QSO map. It appears to be an attempt to create something similar to QRZ.com but I don't think that the take-up has been that great? The lack of an awards program probabably puts quite a few people off?

CLUBLOG http://www.clublog.org Clublog is a different sort of site althogether, It is mainly a log repository and analysis tool but their OQRS system (online QSL requests) is used by many clubs and DXpeditions. I often find that where I have no confirmation on one of the other systems above, they have probably uploaded their log to Clublog so I can at least verify that I am in their log and request a QSL card via OQRS (cost is $3). Clublog does have a great filtered DX cluster (only shows spots for DXCCs that you need) and various search tools.

Each system seems to cater for a slightly different audience but they all fulfil the same basic function (an online copy of your logbook) so it wouldn't be particularly difficult for any of them to incorporate the best bits from all of the others. It is unlikely that there will ever be a clear winner though.

Modern logging software can generally be configured for automatic or one-click upload to all of the above sites so I am at a bit of a loss as to why some people choose not to? This is demonstrated by looking at the confirmations that I currently have in my log:

This leaves15 DXCCs that have not confirmed by any electronic means.A total of 25 QSOs make up these 15 and at least one is a DXpedition that will only send a LOTW confirmation (no eQSL.cc)  once you have completed a OQRS request and paid $4 for a direct QSL card (I am not going to comment on this practice however).

I am rapidly discovering that adding new "confirmed" DXCC entities gets increasingly difficult the more that you have! The first 25 were a piece of cake, the next 25 a bit more difficult and it has got worse since! It took me 4 days to achieve 25 and another 2 weeks to get 50. To get to 75 took me nearly 2 months and I am tending to add about 1 DXCC a week at the moment so when they don't confirm it can get pretty frustrating!

I have started contesting at weekends and find this can be a good way to get new DXCCs although S&P contesting will rarely result in a winning score, it can certainly help increase your number of DXCCs.

Anyway, that's enough of my rambling for now. 73